Note: If you are not on the list and believe you should be then please pay the Sub-Fee of $25.00 per annum.

The Nelson Boardriders Surf Club was founded out of a belief in community
and the importance of assuming responsibility for our natural coastal
environments.

Hereafter in this document, the Nelson Boardriders Surf Club will be referred to as the: NBSC

The NBSC was created to encourage unity between members of the Nelson
surfing community and all users of local coastal environments. Principal
objectives include initiatives to educate, inform and share information with
regard to etiquette in the surf, weather forecasting and surfing technologies.

The NBSC is a non-profit organisation and values and encourages all comers
and is open to all cultures, creeds and affiliations. The NBSC shall embrace
the Treaty of Waitangi as a cornerstone of New Zealand Aotearoa and an
agreement which seeks to empower all New Zealanders through the
encouragement of bi-culturalism.

The NBSC shall foster and develop a positive working relationship with the
New Zealand Department of Conservation Te Papa Atawhai, to assist in the
maintainance of a respectful and responsible preservation of shore margins
and adjacent areas in the Nelson region.

The NBSC shall work to actively encourage and maintain a spirit of
generosity,understanding and mutual respect for all surfers and riders of all surf vehicles,
both in and out of the water.

The NBSC shall encourage members to be positive role models in the pursuit
and development of a valid voice in the local and national community and a
healthy public image of surfers and surfing as a legitimate recreational activity,
sport and lifestyle in the Nelson region and in NZ Aotearoa.

The NBSC was formed in a spirit of equity for all, where members in the
Nelson community may find a forum for individuals to voice any and all views
and opinions on surfing and related subject areas.

NBSC members shall be pro-active with regard to safe practices in the surf
and vigilant on behalf of all members of the public in the surf.

. Members recieve a handful of NelsonBoardriders stickers and a general "looking after" from local surf/skate retail outlets.... Cheaper entry to South Island Surfing association contests and Surfing New Zealand courses including Surf Coaching and judging.
If you would like to join the club then please email
nelsonboardriders at hotmail dot com and the account details will be forwarded to you...if under 18 you just need to email your intention of wanting to join no fee required. 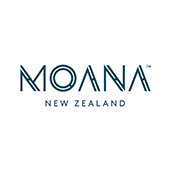 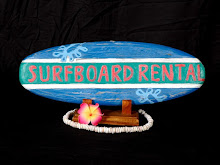